“On November 16, 2018, the Northern District of California issued an Injunction Order (Joint Order Granting Plaintiff’s Motion for Summary Judgment, Denying Defendants’ Motion for Summary Judgment, and issuing Declaration and Permanent Injunction) that “enjoins the CPUC… from enforcing the Prepaid Collection Act…” after declaring the Act (MTS) to be  preempted and unconstitutional. Resolution L-574 provides more details.

The Act aggregates the surcharges, taxes and fee listed above and creates the new prepaid Mobile Telephony Services (MTS) surcharge that is required to be imposed on prepaid wireless telephone services in lieu of the individual fees. The Act becomes effective January 1, 2016 and remains in effect until January 1, 2020.

The Act directs the Commission to prepare a resolution, or other public document, to provide public notice of the proposed MTS rates and to adopt the proposed rates. In response to this requirement, this resolution provides the methodology and specific calculations used to arrive at the new prepaid MTS surcharge rates for 2016. The proposed rates are to be assessed on the sale of intrastate prepaid wireless telephone services in California. 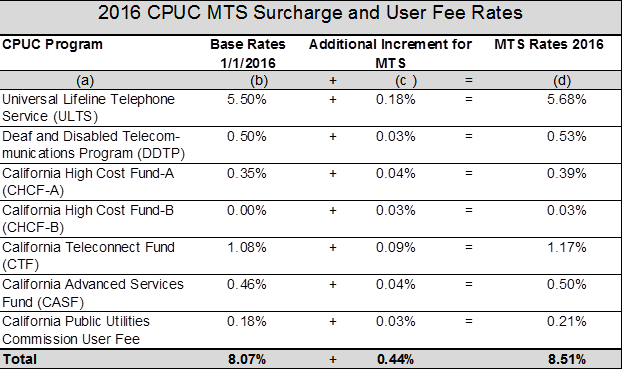 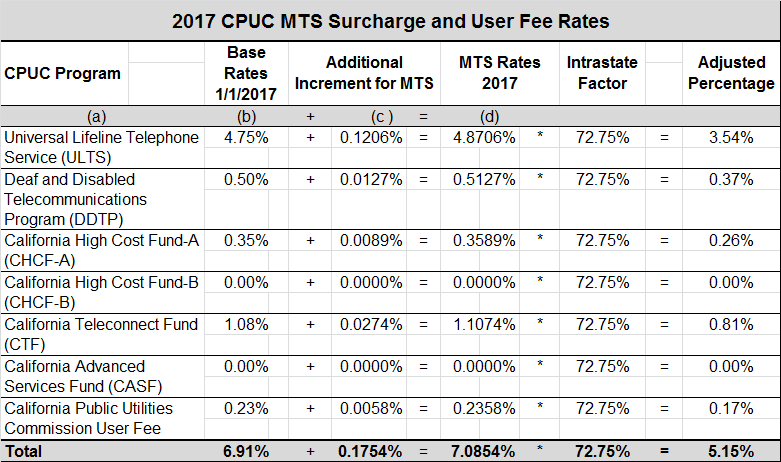 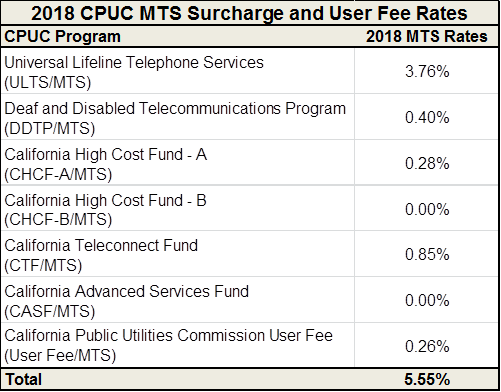 For the complete legislation go to:

For a legislative analysis of the bill:

For more information on the CPUC’s Public Program surcharges go to:

For information from the Board of Equalization

For more information about the 911 emergency telephone users surcharge rate, see Senate Bill 1211, Chapter 926, amendments to section 41030 of the Revenue and Taxation Code.