Much of the West is experiencing severe to exceptional drought and California is in a second consecutive year of dry conditions, resulting in widespread drought or near-drought throughout many portions of the state. The California Public Utilities Commission (CPUC) is actively responding to current drought conditions and preparing for the possibility of a third dry year.

According to the United States Drought Monitor, the map for California is shown below: 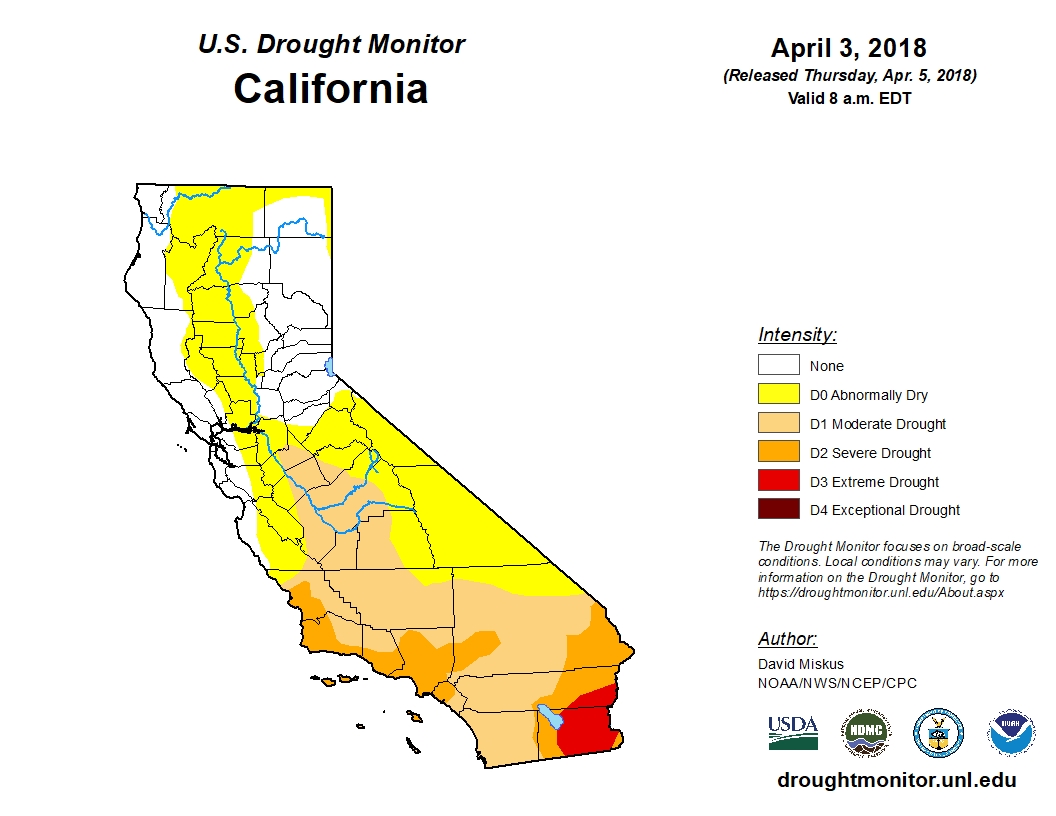 Participating in the Interagency Drought Team: President Marybel Batjer and CPUC staff are members of the Governor's Office interagency drought team. This team will track changing conditions, coordinate state agency responses, and work closely with partners across the state.

Coordinating with Other State Agencies: The Water Division will coordinate with the Department of Water Resources, the State Water Resources Control Board, and other sister agencies on conservation messaging and ongoing dry conditions across the state.

A listing of voluntary water conservation measures that utility customers can act on as outlined in Tariff Rule 14.1 in accordance with SP-40 include:

CA Save Our Water